So here’s what happened. My pelvic ligaments loosened, causing my pelvis to kind of come apart because it had no support. This caused osteitis pubis and SI joint dysfunction. Meaning, the pelvic bones are all inflamed because they’re separated and shifting when I walk.

We tried steroid shots to help the inflammation, and they didn’t work. I’ve been in weekly physical therapy for 2 months now, and there’s been definite improvement, but the recovery is slow. The specialists are a little bit at a loss. No one really has any answers; because my condition is so rare, there just isn’t much data for them to go off of. My mobility is improving, but my pain is not, and they’re starting to ease me into the idea that I might not get all the way better. The physical therapy is working in the way that I’m getting stronger. We’re going to keep going with that for now, building strength and stamina, and hoping that will lead to healing. If we get to a plateau, it will be time to consider surgery.

The scary thing about the surgery is that it is rare and not well known. There is only one surgeon in Utah who even has experience with it.  The research we’ve done shows that it has about 60% success rates, and it takes a year to recover.  The first four months of that year are strictly non-weight bearing. I’m really hoping to avoid that route.

Worst case scenario, my physical therapist thinks we can get to a point where I’ll have enough strength/stamina to get around the house okay, and to maybe go for short walks. Basically I’d have a certain amount of time for walking every day before I need to rest. And then we’d just figure something out for pain management.

Best case scenario, the physical therapy works, the ligament heals, and in a few months I’m good! The idea is if we can get to that point, I could even handle another pregnancy because I’ll have trained my muscles to compensate for the ligament, so it won’t matter if it loosens again. And even if I needed a wheelchair for pregnancy, I could recover afterwards.

So, the possibility for recovery (and more children) is there, but there’s still a lot of questioning its likelihood. And it’s still a long road ahead either way.

I’m at a point where I’m trying to live life as normally as possible and just accepting my condition so that I don’t feel sad about it. And it’s working; as I’m still working hard to hopefully recover, I’m also able to find happiness along the journey… even if it’s a long term thing. I have felt the love and prayers from my family and friends, and I have faith that prayer works. But I also have faith that God’s plan for me is bigger and better than my plan. So if I don’t recover, I’ll know that I did all I could, and that this is part of my learning process in this life. And I would be okay. For now, I’m staying hopeful and working hard towards recovery! 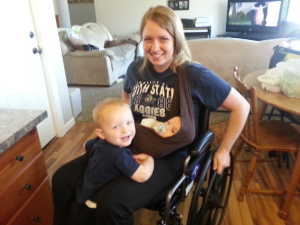 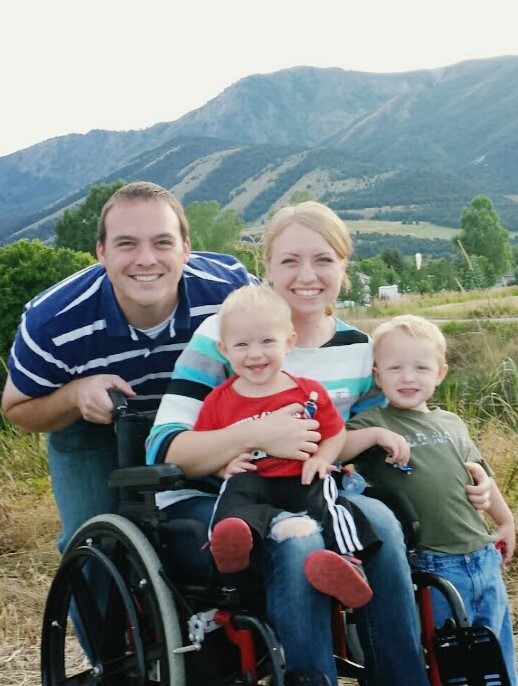 Hi, I'm Aubrey! I'm passionate about family, music, faith, health, and happiness. I have Osteitis Pubis and SI Joint Dysfunction -- long lasting effects from Symphysis Pubis Dysfunction in my last pregnancy (in short, lax ligaments). I cannot walk very far without severe pain. I am grateful for my wheelchair that lets me keep on going when my legs can't, and I'm determined to live life to its fullest!